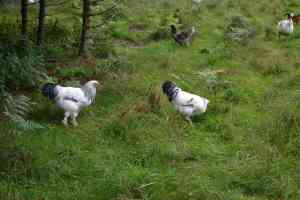 Are you a proud chicken owner? I know I am! I love my little birds because they require so little yet give back so much.

However, chickens do have certain pests that they must contend with. As their owners it is important we do all we can to care for them. Because after all, we are eating their eggs and/or meat. The healthier the chicken and the happier the life, the better quality of a product you will receive.

But one of the largest pests a chicken must deal with is worms. There are many varieties of worms, but they can all be beaten with the same method.

So I’m going to share with you how to beat the worms that are pestering your chickens. Here is how:

Do My Chickens Have Worms?

In a short answer, yes most likely your precious chickens have worms. The reason is because chickens naturally have to deal with parasites because they live outside. They are livestock after all.

However, this doesn’t mean that we just have to roll over and play dead. We do what all chicken owners should do. We declare war with the bugs and parasites that want to feast on our birds.

So my advice is when you begin to see that your chickens are pooping a lot on their eggs, then you know it is time to worm them. But we’ll dive a little further into that philosophy further in this post.

Actually, it is safe to assume that your chickens probably have worms because they are after all…chickens. Chickens get worms from either eating something that has a worm such as a slug or other insect.

Or they could have come in contact with droppings of an animal that has worms. So be advised that it is quite easy for your chickens to get worms because of their natural habits.

But don’t be alarmed that your chickens can contract worms so easily. In reality, chickens can carry a large load of worms before they ever show signs of distress or discomfort.

Truthfully, the danger is when their immune systems become taxed while they have worms. That is when health issues and infections can begin to take its toll on your birds. 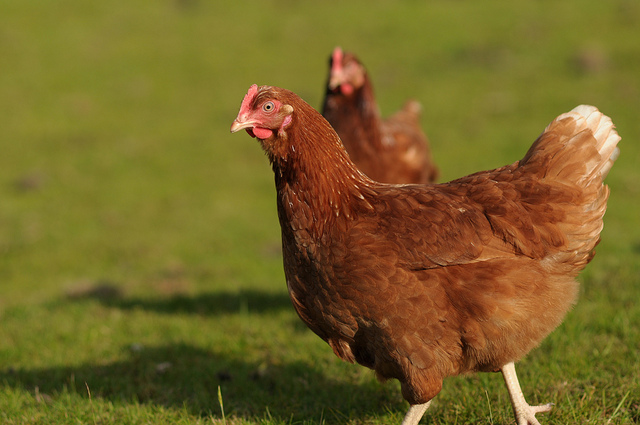 What Do You Mean, Worms?

Well, I’m not talking about earthworms, wooly worms, or mealworms crawling around inside your chickens. Though, they’d probably prefer that, wouldn’t they?

Instead, I’m talking about worms such as capillary worms, tapeworms, round worms, cecal worms, and gape worms, i.e. internal parasites.

READ  7 Frequently Asked Questions About Chickens and All the Answers

Basically, these are the type of worms that feast on what you eat. If you’ve ever seen someone with a tapeworm before – they eat constantly, lose weight quickly, and are never full because they have a large worm inside their intestines that eats everything that they consume. This is similar to what your chickens could face potentially.

When Do I Worm My Chickens?

Well, I mentioned this slightly above. But I worm my chickens when I begin to notice that I’m getting a lot of nasty eggs.

However, I worm sometimes even when I don’t see a lot of poop on my eggs. For instance, during the warmer months right around the time I’m ready to worm, I notice the nasty eggs.

But during colder months, I make it a habit to worm my chickens once every couple of months. The reason is, in my opinion it is better to keep their systems cleared out than allow those worms to build up.

Therefore, I go in about once a month and do a really deep cleaning of the coop. I clean their nesting boxes out regularly, scrape the roosting bars, and fresh their feed and water.

But during my deep cleaning, I’ll spray down the coop with vinegar to deter pests, I worm the chickens, scrub down the water and feeding area, scrub the nesting boxes, check the chickens for signs of parasites, and apply fresh mulch to the bottom of the treated coop.

For me, this is part of my chicken keeping routine. So it is only natural to add worming to the list every couple of months while I’m doing this routine to make sure that it doesn’t slip by. 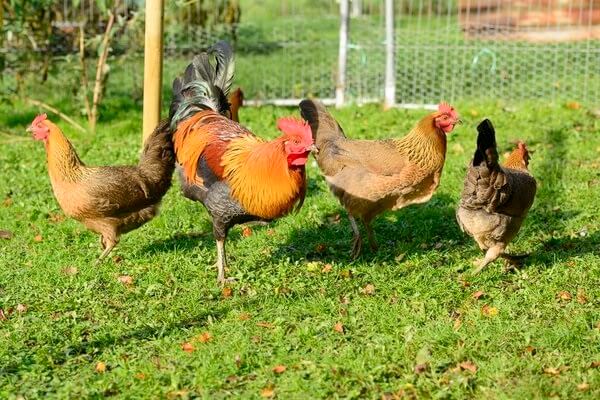 To Worm or Not to Worm

Believe it or not, it is actually a large discussion among chicken keepers on whether you to worm your birds or not.

Actually, I’ve noticed that worming your animals is a discussion with most kinds of livestock. Some people feel it isn’t necessary, while others believe it is.

Now, I’ll share my two cents but realize it is just my opinion. I didn’t worm when we first got chickens. We let our birds live as naturally as possible. This meant we didn’t treat them for a lot of things that chicken keepers usually do.

However, I began to realize that our eggs were getting nastier and nastier when we collected them. It was actually quite disgusting.

Then I started reading up about how important digestive health is to us as humans. I had never realized how important it was to keep a healthy gut.

Which then led me to the next thought. If I need to take care of my body by feeding it great foods to ensure my gut health, then why would I eat food from an animal that is clearly having some serious internal issues by the looks of our eggs?

So that did it. I made up my mind I was going to worm our chickens (and the rest of our animals too), but I was going to do it as naturally as possible.

Now, you can order different powders and medicines that claim to worm your animals, and they may work just fine. I can’t speak about them because I’ve never tried them myself.

But I wanted something natural, and I wanted something that was easily accessible in my rural part of the world. So I found that certain foods would worm my animals, but I read about Diatomaceous Earth too. I decided I would give it a try and was so happy with the results that I’ve never found a reason to change my method.

So worming your chickens doesn’t have to be a necessity for you, if you prefer the more natural method to keeping chickens.

Though I will say that there are organic ways to worm your chickens and that way you know that you are not eating foods from an animal that could be infested with parasites. 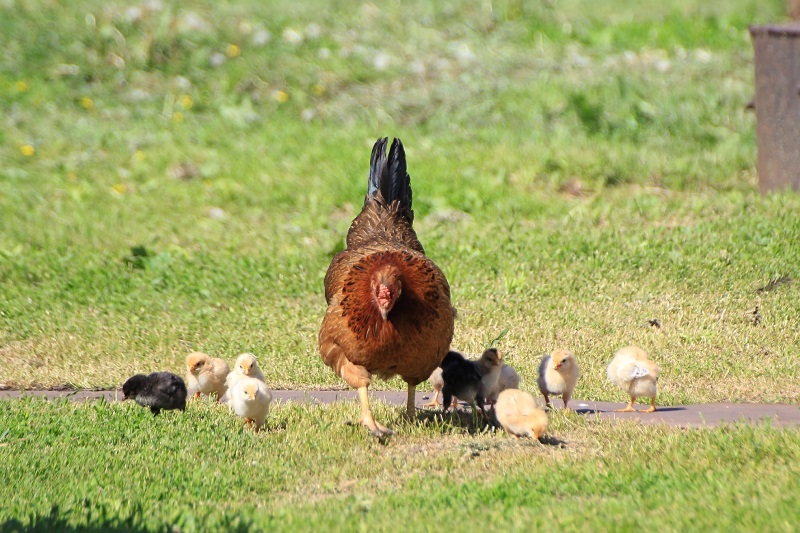 How to Deter Worms

Before we dive into actually how to worm your chickens, you might be interested in how you can deter these pests altogether.

Well, this goes back to another age old discussion on whether you should free range your birds or not. In some locations, free ranging is just not an option.

Truthfully, we don’t free range our birds because they are so much more susceptible to being preyed upon. I would be okay with free ranging because there are great benefits, but my husband is not, so we just don’t do it.

Instead, our birds have a coop, and a chicken yard. We are able to give them the opportunity to peck around under a covered net. This keeps our chickens out of our gardening areas and also keeps them from being a hawk’s dinner.

Yet it also gives our birds some freedom at the same time, and they are not cooped constantly.

But one of the best ways you can deter worms is by keeping a clean coop. When your chickens are walking around in a coop where other birds poop constantly, you are asking for worms to spread among your flock. That is why free range birds aren’t usually (not always, though) as consumed with worms because they get out of the coop and the poop can be spread out over more land.

However, you still have to worry about free range flocks eating infested bugs.

But just because you don’t free range doesn’t mean that you can’t do a few things to deter worms in the coop. As I mentioned above about my cleaning routine, you could do something similar.

For instance, I make it a point to clean out the nesting boxes almost daily. That way I know my girls aren’t laying in a nest that they’ve made a mess out of. We have more than enough nesting boxes for our girls and have placed them as far away from the roosting bars as possible, yet our girls still fight over one or two boxes, and they still will sleep in them if they choose.

Which means, they dirty them up regularly. So I clean them daily, I scrape droppings off of the roosts regularly, and keep fresh food and water daily.

But I also do the thorough scrub once a month which you could change to fit the needs of your coop to ensure that it is as clean possible.

So as you can tell, worms are just part of chicken keeping, but cleanliness and more space will obviously help in keeping your chickens less consumed with worms. 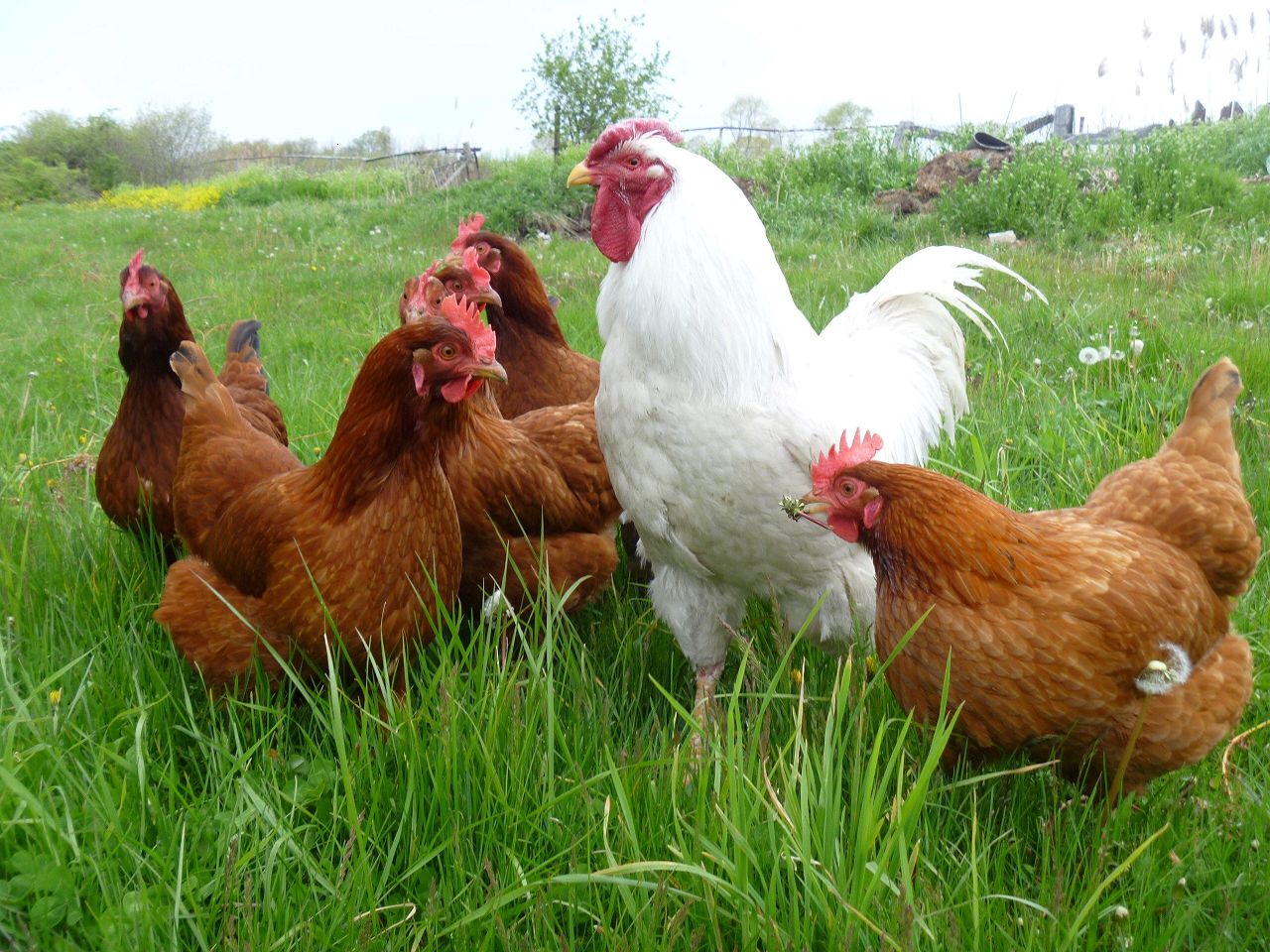 How Do I Worm My Chickens?

Now, here comes the tricky part. We know that we worm our chickens because they have worms that can build up in their digestive system. This could cause a lot of problems, and we don’t want that. We want healthy birds.

So we know to worm them and flush all of those nasty things out of their system.

But how you choose to do this is a personal choice. You can buy medications that come in a powder form and sprinkle it in their food. Some people do this because they feel like they have to worm less often.

However, my preference is to use Diatomaceous Earth. Here is what I do:

1. Sprinkle on the Chickens’ Food

First, I just sprinkle some Diatomaceous Earth onto the chickens’ food. You sprinkle enough to where the grains have a light coating of this on it. You want it to be visible to your eye.

If you don’t feed your chickens grains, you could sprinkle some on fodder as you feed it, or just sprinkle on chicken treats so they can eat it as they peck the treats.

However, you can also just sprinkle it on the ground as you throw out grit so they’ll peck at it and eat it.

2. Allow the Chickens to Eat

After sprinkling the DE on the feed, I just allow the chickens to eat. You’ll begin to notice a lot more poop in the coop over the next day or so and that is because the DE is doing its job.

So you’ll need to be sure to clean a lot more over the next few days so birds don’t get re-infected from the feces that are no doubt contaminated with worms. But that is all there is to deworming your chickens with DE.

Well, I hope this has helped you in determining if and how you will worm your chickens. It is a personal choice, but there are different options that can suit almost anyone.

Goat Fencing: 6 Important Tips to Consider to Build the Perfect Fence
3 Ways to Get Rid of Chicken Mites Fast and Stop Their Return 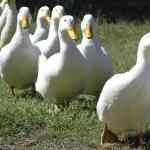 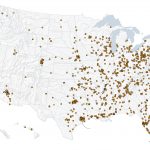 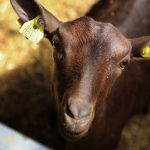