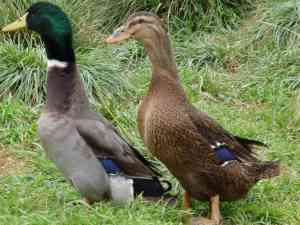 Rouen duck is a very old breed of domestic duck originating in France sometime before the 19th century. It is a heavy weight duck breed and not prolific egg layer. The breed has similarity with the Mallard duck. And the Mallard ducks are the ancestor of the Rouen duck, like most other duck breeds. Rouen ducks are mainly raised for decoration or as general purpose ducks. The breed was named after the ‘Rouen’, a twon in north central France. The Rouen ducks reached England around 1800, where they were called by various names. They were called ‘Rhone‘, for an area in southwest France, ‘Roan‘, for a mixture of colors, ‘Rohan‘, for a Catholic Cardinal, and finally ‘Rouen’, for the town ‘Rouen’ in the north central France.

However, if you go to France for finding a pair of this breed, you will find them called the Rouen Fonce. Breeders began to redesign the Rouen duck breed once it arrived in England, through selective breeding. The breeders doubled the size of the Rouen duck, transformed it’s sleek body into a thickset boat shape. And they also improved the colors of this breed.

The Rouen duck made it’s way to the United States in 1850. Mr. D.W. Lincoln of Worcester imported the duck, and the breed soon become popular as a colorful, general purpose duck breed which is suitable for raising in farms. The Rouen duck was admitted into the American Poultry Association’s Standard of Perfection in 1874. Today the Rouens are probably the second most popular meat duck breed in North America. They are mainly popular for their beauty, size and personality. 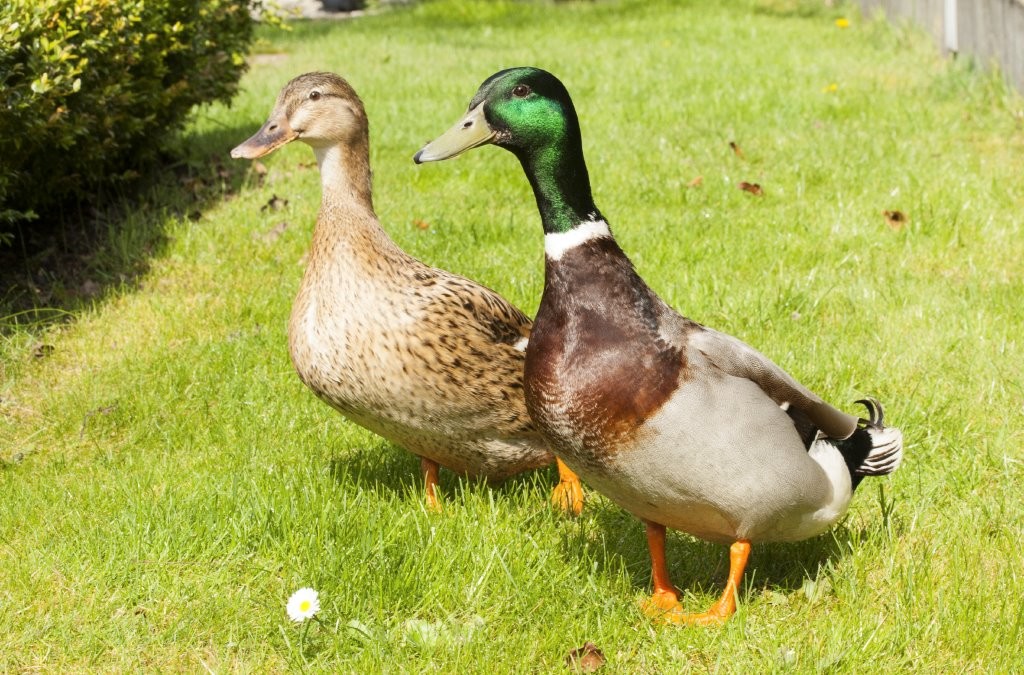 The Rouen ducks are classed as a heavy weight general purpose duck breed. The plumage coloring of both Rouen duck and drake are nearly identical to that of the Mallard duck and drake. Rouen drakes have a gray body, white collars, black tail feathers, green heads and a deep claret breast. While the female Rouens are of mottled light and dark brown with a black crown and eye-stripes. Female Rouens can be much darker brown in color than the female Mallards. Both drakes and ducks also have blue speculum feathers. But compared to the Mallard, the speculum feathers of the Rouen duck are brighter in color and larger in size.

The head of the standard variety is round with a medium size bill. And the bill is concave along the top line. While the common or production variety of Rouen ducks have a trimmer body and more upright carriage. The drake has a dark yellow bill, bright orange shanks and feet, and their eyes are black. The number of Rouen duck Standard variety is less than the common or production variety.

Rouen ducks are mainly kept as a general purpose breed. Their larger size is suitable for raising them as a meat duck. And they are also very suitable for exhibition or ornamental purpose.

The Rouen ducks are docile, beautiful heavy weight breed valued for their meat production. They are not among the best egg laying duck breeds, producing about 150 large white eggs per year. They are pretty slow maturing birds and can take a year for achieving full size. That’s why they are not suitable for commercial duck farming business. But hey have great demand in the market for quality meat. They produce leaner meat then the Pekin duck. They have a reputation as high quality roasting bird due to their large size. Rouen duck is quite a plump, imposing but stately bird. The breed is relatively quiet and very easy to tame.

The Rouen ducks are considered as an excellent water fowl for the ranch pond. They are also very good as backyard ducks. They are good foragers and good for insect control. If you are thinking about raising duck as pets, then the Rouen duck can be a good choice Because it is calm, sociable and very entertaining as pets. However, review full breed profile of the Rouen duck in the chart below. 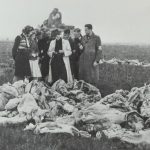 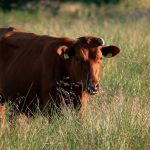 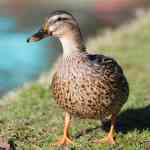