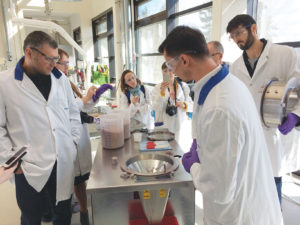 On Russian fields enters a fundamentally new fungicide from Syngenta. What is new and what to expect – told the Institute of protection of seeds Swiss concern.

Hthen shared between the football clubs “Zenit” and “Spartak” together and a new disinfectant, Vibrant Integral from Syngenta? Sports media estimated the value of the players named clubs in 2017 approximately EUR 225 million. Only slightly less – about 200 million – have spent a Swiss company to develop a new product.

Those who even on the eve of the world Cup is not interested in this game, for a more accurate representation of the scale measure the amount of “affordable” things. Over 200 million euros can, for example, to live 300 years in “Deluxe” the coolest hotel in Barcelona, buy more than 4 million six-liter bottles of very expensive champagne, 12 million times to climb the Eiffel tower or to buy 400 tons of the worlds most expensive potato varieties La Bonnott. Imagine what a “capital shift” the scientists of the Institute for the protection of seeds Syngenta in Stein? However, they have spent these 200 million per year.

Cost the creators of 200 million euros insectofungicides protectant, Vibrant Integral goes finally to the Russian box! As in football, here, our country is not a leader: the markets of North America products, Vibrans received in 2012, and now every third hectare in the USA and Canada are sown with the seeds treated with them.

In each liter of product contains 25 g new for the Russian market of the active substance seduksena. This molecule inhibits the enzyme succinate dehydrogenase (SDHI) in the cell of the pathogen, inhibiting the metabolism of the fungus. But part of Vibrant Integral consists of three active ingredients: thiamethoxam insecticide, 175 g / l and two fungicide – widely used tebuconazole 10 g / l and fludioxonil, 25 g / L. however, this powerful Quartet offers protection from tirolesa, Rhizoctonia, and Fusarium root rot, snow mold.

In contrast to the fungicide group triazoles, which with the development of cultivated plants move from seed in the upper part, the molecule of the new drug is able to “grow” together with the root system deeper. Protects roots from pathogens, Vibrant Integral contributes to a more powerful development is confirmed by the experience of world: with the “new” root system develops 40% better. The effect, called “Power from the roots” (Rooting PowerTM), makes the product even more attractive.

Although the development of Vibrant cost the company a tidy sum, the Russian subsidiary of Syngenta promises that treatments seed treatment will not be substantially more expensive, per hectare of crops, the price increase will be only 5% in comparison with traditional schemes.

In the next three years, Syngenta will bring to the Russian market and other drugs line, Vibrans: Vibrant Trio for grain (without insecticide) – in 2019, Vibrant 500 for corn, Vibrans SB for sugar beet, Vibrant Max for potatoes and Vibrant Legumes for soybeans and other leguminous crops – up to 2021.

To create a new formulation – not score a goal: the development of a commercial product, it takes eight to ten years under the roofs of the science center and behind the glass of the greenhouses on the picturesque banks of the Rhine. The choice of the “same molecule” difficult qualification on the world Cup: chemists take 500 out of 5,000 molecules, they are tested in climate chambers, so that the next “tour” are only 50. The top five of this fifty after testing in the greenhouse sent to the field verification. And only on the field determines the champion – a molecule that will spread the word in a preparation with a great name.

More than 300 employees in Stein, 150 of whom are chemists, 20 biologists, every day are occupied by research of a huge number of chemicals and their combinations, and each inspires the idea of creating new formulas that serve to benefit the person and not harm the environment. No exception and Benoit Houser, head of the International training centre of the unit “Protection of seeds”. With burning eyes he talks about the creation of a product which in the end will serve the landowner. On his Desk 12 jars of different sizes, and that more powder brown – the active ingredient of the drug Cruiser thiamethoxam.

“The active ingredient is the engine of the product, its strength, says Benoit. But important other components. This and thickeners, and defoamers, and antifreeze, and adhesives. And even the water. Each element plays an equally important role than the active substance. But to each of the active substances relies on its own set of “stabilizers”. Here, for example, the composition insecticide fungicide Cruiser. Mix the contents of these jars, the claimed product is not going to get it. Several components presented represent a trade secret of the company, they’re not here,” the smiling Benoit.

But having full information about a drug, just a long selection of combinations of components will be able to get the formula working equally well in conditions of Siberia and elsewhere in the subtropics.

READ  No Children Because of Climate Change? Some People Are Considering It

“To create formulations take years of hard work, confirms Vasil Dove, head of direction for protection of the seed company “Syngenta”. – It is necessary to grams to calculate how much of which element will be required, in order to obtain a product applicable in any climatic conditions and on the seeds of any crop. After all, even corn seeds of different varieties and hybrids differ in size, and the surface is different, and thinks protectant for use on wheat and, say, rape”.

“To etch a ton of wheat seeds, it is necessary to apply the drug on the surface area of 750 squares, takes up this theme Benoit. – And in the case of rape is already 3500 squares – almost half a football field.

But creating a drug is half the battle. “We do give their end customers recommendations on how to use the product, what volume of water, and other additives. It’s like cooking: you need to know how much of what and when to add to make delicious. In our case, that the defense was the maximum,” explains the essence of Benoit.

To give reliable recommendation, he and his colleagues tests the products obtained in conditions close to real. Pride labs – dozens of samples of machines and devices used in the world for treatment of seeds. Not the first year working with Benoit Vasil Dove confirms: “Before the commercialization of the product, display it on the market of a particular country, we test it on different machines, including those that apply in Russia. Why? To achieve a good spreading of the product on any of the treaters – be it a seed plant with modern equipment or mixer from the farmer”.

READ  Does everyone need a million

“The design of the machine affects the behavior of the product in the application process. We are trying to test the product on all possible settings to create a formulation that is suitable for all application methods,” the supports said Vasil Benoit, launching one of the cars.

It is a modest copy of the big rig, but it allows to give a visual assessment of the “work” of the treater. But the evaluation “by eye” is not enough – use a number of tests on the devices.

The price of the game without protection

Disinfectants Syngenta created on the basis of “Formula M” is a relatively new formulation, specially designed for old equipment. With the uneven distribution of the drug the seed surface becomes abrasive. As a result of friction of seeds against each other crumbles to 15% of valuable disinfectant and illiterate mixing of the two products, and even different manufacturers, almost certainly guarantees increase in falling to 20…25 %, and sometimes up to 30 %.

With the cost of processing tons of wheat seed as a solo drug in 2 000 in the field to the place of loading seed planter red dust will be 200 rubles per ton. And if you take the protectant more expensive and more complicated composition, with a ton of seed “spraying” already up to 1 600 RUB. And this is a powerful argument in favor of “enhanced” formulations of disinfectants. But with the shedding of the product loses its efficiency: defective application will not protect the seeds for up to six weeks, and Hello, pathogens! “M products” in the line of Syngenta (however, other portfolio soon and there will be), according to researchers from the Stein, reducing loss of protectant on the shedding in 3…5 times.

And Vibrant Integral is no exception. Last check in March 2018 it will be offered to Russian farmers in July-the month of the year. And even while playing he will have in the minority, because “teammates” will come not earlier than in a year, coaches of the world and the fans expect him to productive and vivid games. 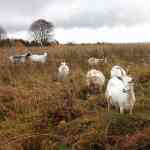 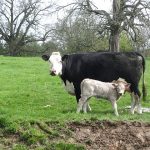 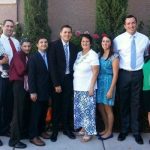