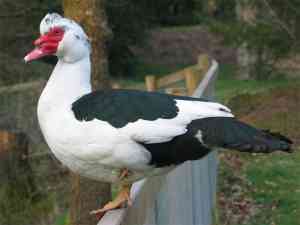 The Muscovy duck is a popular and large domestic duck native to Mexico, Central and South America. But it is also available throughout the world. Muscovy duck is the only domesticated duck that is not derived from the Mallard duck. It is a wild Central/South American species that has been domesticated. It is a very unique breed of duck. Actually, it’s not even a true duck, it’s simply called a duck. But it is a close cousin to the ducks. And it is a completely different species of waterfowl, the cairina moschata.

All the true domestic or non-domestic ducks originate from the Mallard duck, but the Muscovy duck doesn’t. However, the Muscovy ducks were domesticated by the people where it is native, long before the Europeans arrived in the new World. They have a gamey aroma and are also called by some other names such as Musk duck, Musky Duck or Barbary duck. They are also called Musco ducks because they eat lots of mosquitoes.

There are many other names of the Muscovy duck in different parts of the world. But the exact origin of the name of Muscovy duck is unknown. The term ‘Muscovy’ means “from the Moscow region”. But these ducks are not native there, and not even were introduced there before they become known in the Western Europe. It is thought that the Muscovy duck got it’s name from Muscovite Company which traded this duck during the 1500s.

The breed was standardized in the British Waterfowl Standards in 1954 and there are 9 different color varieties standardized. And they first entered into the American Poultry Association’s Standard of Perfection in 1874 and were standardized in Black, Blue, Chocolate and White color varieties. Today the Muscovy duck is a popular meat bird and it is increasingly being kept as backyard pets and even exhibition birds. They are available throughout the World, and feral Muscovy ducks are found in Australia, New Zealand and in parts of Europe. 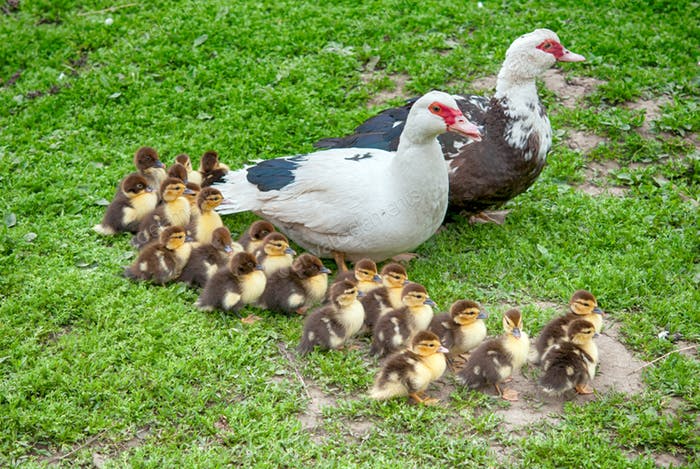 Muscovy duck is classed as a heavyweight duck. All the Muscovy ducks have a wide flat tail and long claws on their feet. The domestic drakes are almost twice the size of ducks. In general, the length of the drakes is about 34 inches (86 cm), while the ducks are much smaller and their average length is 25 inches (64 cm). The true wild Muscovy duck is blackish in color with large white wing patches.

And all the domesticated Muscovy ducks originated from these wild ducks. Length of these wild Muscovy ducks can vary from 26 to 33 inches (66 to 84 cm), wingspan can vary from 54 to 60 inches (137 to 152 cm), and on average weight is about 1.1 to 4.1 kg. Wild Muscovy drakes have short crest on the nape on their head. Their bill is black with speckling of pale pink. A blackish or dark red knob can also be seen at the bill base. And the bare skin of the face is also blackish. The legs and webbed feet of the wild drakes are blackish, and their eyes are yellowish-brown. While the wild ducks/females are similar in plumage, but are much smaller. They lack the prominent knob and have feathered face. The wild juvenile is duller overall, with little or no white on the upper wing.

The domesticated Muscovy duck may look similar to the wild duck. Most of them are black or dark brown in color mixed with white, particularly on the head. Other colors are also seen such as lavender or all-white. Both drakes and ducks of domesticated Muscovy have a nude black and red or all red face. And the drakes also have a low erectile crest of feathers and pronounced caruncles at the base of the bill.

Domesticated Muscovy ducklings are mostly yellow with buff-brown markings on the tail and wings. Some also have a dark head and blue eyes, others have dark markings on their nape and have a light brown crown. The ducks have a quiet trilling coo and the drakes have a low breathy call. There are many color varieties of the domesticated Muscovy duck. Such as Black, Blue, Bronze, Chocolate, Lavender, Pied (white with any color mixed), Ripple, White and many more pastel colors (but these are very rare).

The Black, Blue, Chocolate and White color varieties are standardized by the American Poultry Association’s Standard of Perfection. On average the domestic Muscovy duck weights about 2.7 to 3.6 kg. And the average body weight of the drakes is about 4.6 to 6.8 kg. Sometimes the large domesticated drakes weight up to 8 kg, and ducks weight up to 5 kg.

Domestic Muscovy ducks are raised as a broody and a meat duck breed. They are also gaining popularity as backyard pets and exhibition birds. Meat of the Muscovy duck is of fine quality and good taste.

The Muscovy ducks are a rather unique bird. They are usually gentle birds, unless the duck is sitting or has a young brood. The drakes are not noisy and don’t quack, instead have a low hiss or breathy call. And the ducks have a quiet trilling coo. These feature in both drakes and ducks make them the quietest of all the domesticated duck breeds. The Muscovy duck can fly well and is good escape artist, so they need to be wing-clipped. Especially the ducks are able to fly long distances. But the drakes are less flighty mainly because they are heavier than the ducks. They have a goose like flight with a straight neck.

And usually they can be seen flying at dawn and at dusk. You don’t need a large source of water for raising Muscovy ducks. As they usually do not swim as much as other breeds, because their oil glands are under developed. The wild Muscovy duck is shy and usually silent. The domestic Muscovy duck is very intelligent, but sometimes can be aggressive. Some people appreciate the breed for their intelligence, distinctive appearance and friendly and trusting personality. While others dislike them for their messiness, aggression and different appearance. The Muscovy ducks usually roost in small groups in trees as they are perching ducks. In most cases their diet includes insects, fishes, leaves, roots, seeds, stems, reptiles and small mammals.

The Muscovy ducks are not among the very fast growing ducks, and take about a year to be fully mature. But as a meat duck breed they reach slaughtering age pretty earlier. Drakes often fight with other drakes for social status and for the right to breed with a duck. And in this case the drakes can be very aggressive. The ducks are fair egg layers but are excellent mothers. Ducks usually lay a clutch of 8-16 large white eggs and incubate their eggs for about 35 days. However, review full breed profile of the Muscovy duck in the following chart. 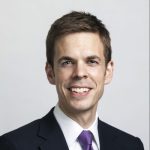 The Case Against Florida Cities Joining The ‘Fight For $15’ 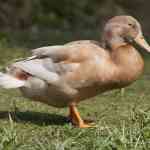