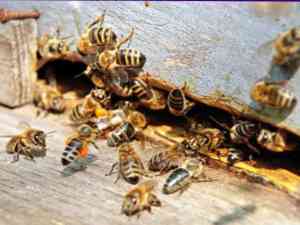 Bees are certainly amazing creatures and worth investing in around your home. But they do face certain threats. One of the main threats to your beehive is hive beetles. If not kept under control they can easily destroy your hives.

So I want to share with you certain techniques that will help you keep the hive beetle population under control around your beehives.

Why Are Hive Beetles a Threat?

Before you learn the tricks to try and stop hive beetles from infesting your hives, you may be wondering why this is such a big deal. From a beekeeper that unfortunately lost some hives last year because of hive beetles, I can tell you first hand how detrimental they can prove to your hive.

Hive beetles come into your bee hives and make themselves right at home. They immediately begin to lay eggs and their larvae do the same thing.

Basically, they take over the hive and naturally, want food to go with the nice new shelter they hijacked. One of their favorite meals is bee brood. This is an issue because if hive beetles are eating the brood of the bees, then the hive can’t reproduce and become stronger.

In turn, this weakens your bee hive which is a big issue. This will eventually cause the queen to leave the hive and take the remaining bees with her so they have a great chance at setting up shop elsewhere and return strength to the hive. 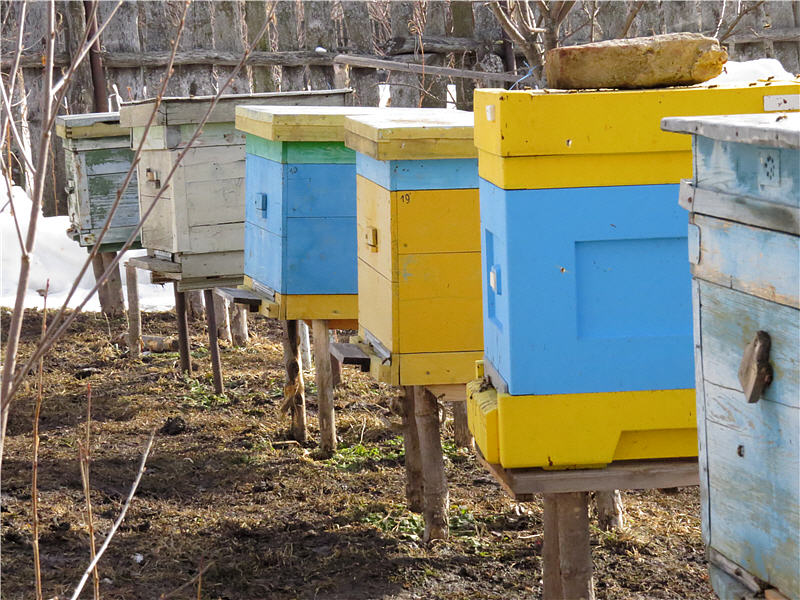 Most people that raise bees don’t have them just because they think they are cool (though they are awesome creatures!)

No, in fact, most people get into beekeeping not realizing how amazing bees are. Yet, they do know how amazing their honey is.

Well, so the hive beetles. This is their other favorite meal. Hive beetles and larvae alike will climb into the honeycomb treating it as though it is their own personal buffet.

However, unlike wax moths, they don’t destroy the honeycomb. They just eat the honey within it. But as if robbing from the bees isn’t bad enough, the hive beetles poop inside of it! This causes the honey to ferment and give off a terrible odor. That is how you will know that hive beetles have destroyed your honey harvest.

Naturally, all of the honey that the bees have worked so hard to create will be wasted. This means your hive could starve, and you can forget to extract any honey from the frames that hive beetles have infested.

Finally, hive beetles not only eat the bees’ babies and destroy their honey, but they ultimately stress a hive out. Bees work tirelessly. They are constantly foraging for food, feeding drones, the queen is laying eggs, the workers are caring for the queen, they are building comb, and so on and so forth.

So when they have a mass amount of hive beetles to contend with, then they have to worry about rounding them up and keeping them away from their babies and honey. Does that not just sound stressful to you on top of everything else they do?

Well, when your hive is stressed it becomes weaker. They are stretched thin and eventually you will see the hive begin to fail. As a beekeeper, you’ll want to do everything you can to keep the hive from stressing.

That means during certain times of the year, you’ll need to feed them so they don’t stress over lack of food. Other times, you’ll need to provide hive beetle traps so the bees can do their jobs and not worry about waging war within their hive with hive beetles. 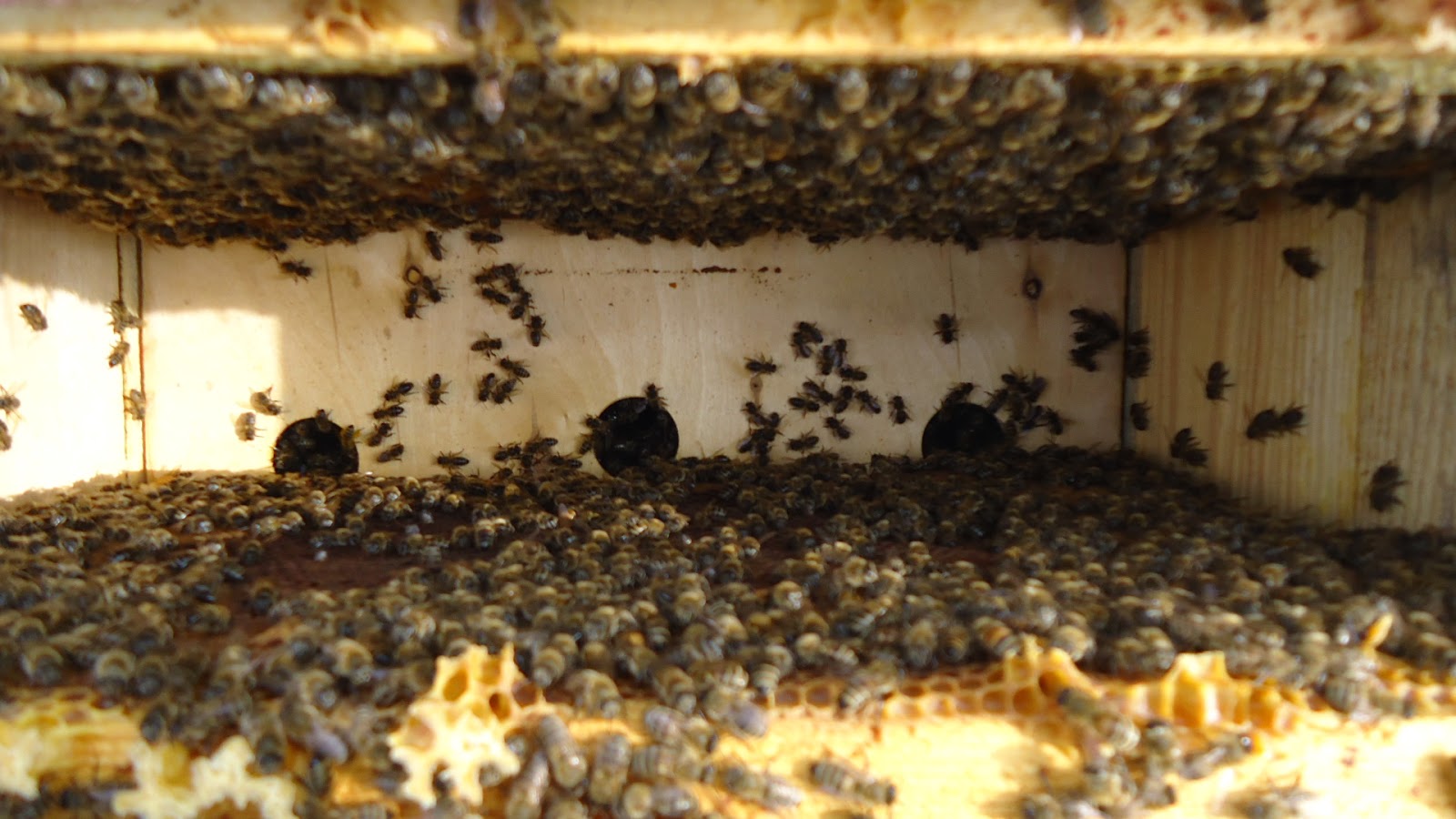 Last year, we had a terrible time with hive beetles. We tried to put our hives in different locations around our property, it’s an experiment that did not end well.

Normally, our hives are in full sunlight with a slight shade from time to time throughout the day. This year our bees expanded so quickly, we ended up building hive stands and placing them in shadier locations. We had the space, we thought we should use it.

However, our hives were taken over with hive beetles. It was a nightmare.

Keeping your hives in full sun helps to deter hive beetles. Simply put, they don’t like the heat, but there is more to it than just that. The stronger a hive is the harder it is for hive beetles to take over. The more sunlight your hives get, the harder they work.

Basically, they wake up earlier to work, and they work later. So keeping your bees in full sunlight is a good idea to keep them strong and hive beetle free.

Beyond the fact that we didn’t put our hives in sunnier locations, we also didn’t do anything to protect the ground below the hive stands.

Which means, wherever you place your hives it is a good idea to place rock, tar paper, or even concrete underneath them. The reason is that it makes it more difficult for the hive beetle larvae to pupate and come back into your hive with a vengeance.

So if you stop the larvae from pupating, you ultimately decrease the hive beetle numbers. Needless to say, next year, we will put something under hive stands in all locations to be sure that hive beetles don’t take over. 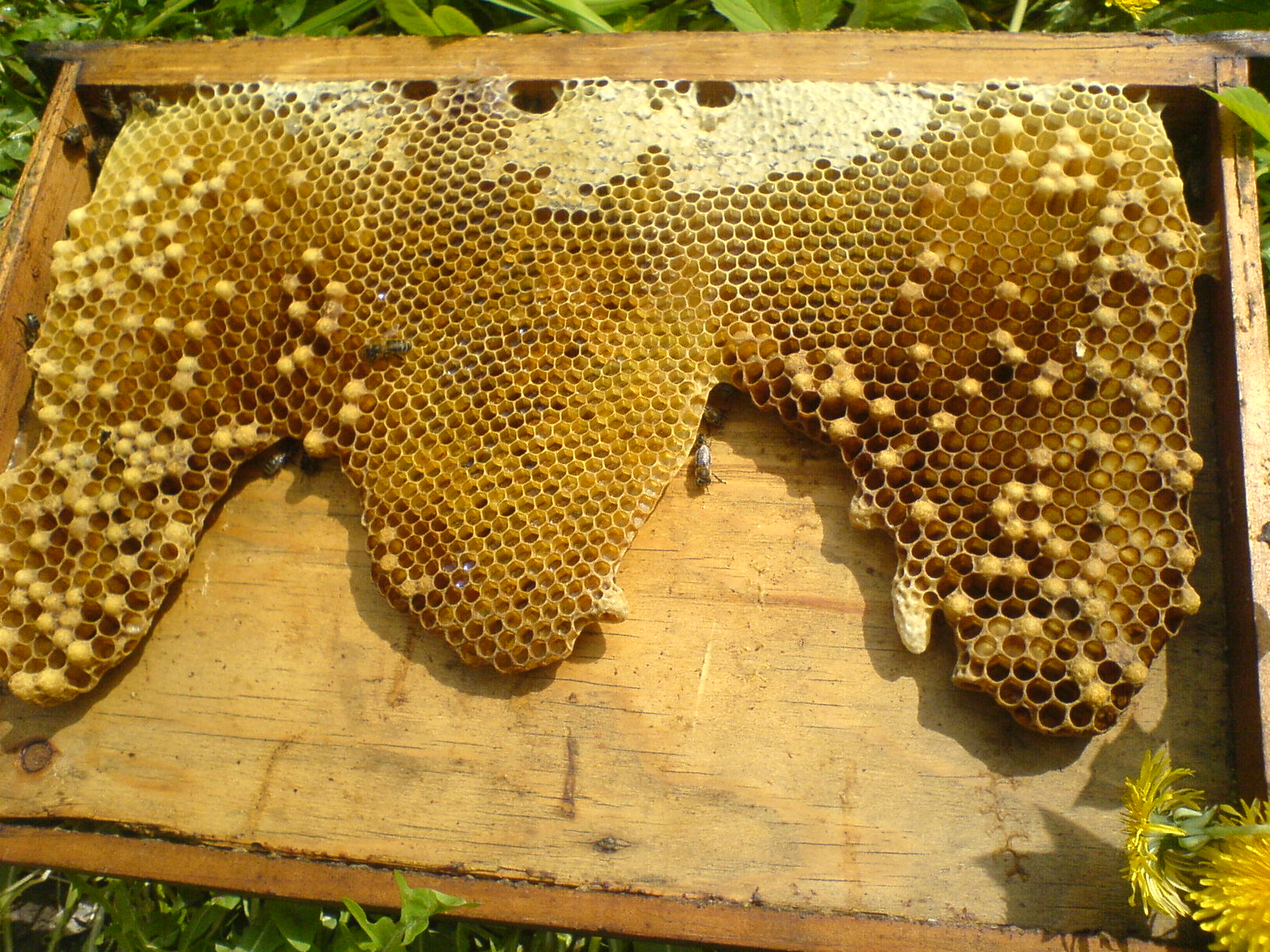 I bet you didn’t know that those nifty little Swiffer Sweepers were good for more than just mopping floors.

Actually, the pads they use to mop your floors with are dual purpose. You’ll need to purchase the unscented kind for this trick to work.

But you’ll begin by cutting the Swiffer pads into squares. Then you’ll want to place them over the brood frames and at the very top of the hive where hive beetles have a tendency to hang out.

Then the bees will do the work for you. They are smart little creatures so they will immediately know that this pad should not be in their hive. So they begin to pull at it in order to remove it from the hive.

However, in pulling at the Swiffer pad, they cause it to fluff up. Then when the hive beetles go through the pad because of the fluffing, they get stuck in it and die. This also prevents them from laying any more eggs. This is an inexpensive option to hopefully decrease the number of hive beetles you see in your hives. 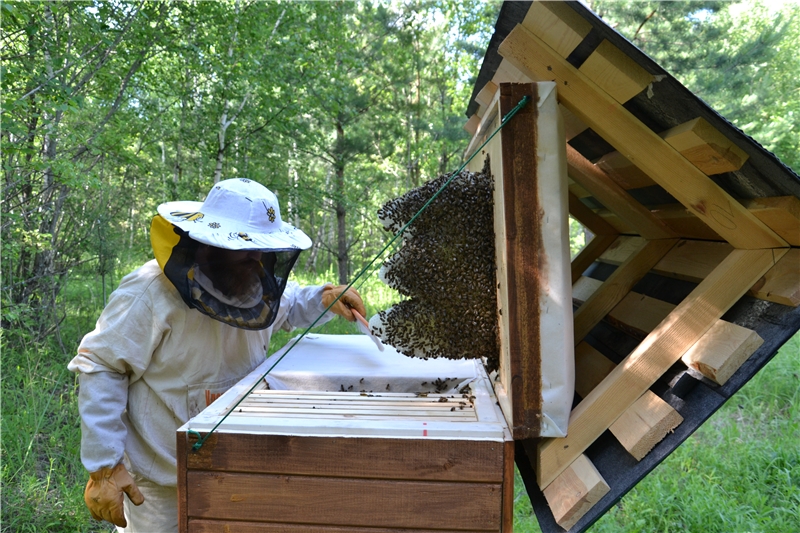 4. Use That Political Signs

I bet you didn’t know that politics could help you with beekeeping but it can. Actually, the signs used for political campaigns are what is useful.

You’ll begin by collecting all political campaign signs or signs that are designed the same. You can purchase plain signs here. Just be sure that they have the aerated middle section because that is how this trap works.

Once you have your signs you’ll need to cut them into smaller, manageable sized squares. These squares have to fit inside the bee hives. So use that as an idea of how small to cut them.

Then you’ll want to slit the sign squares down the middle so you can see the ridges that create the aerated section. When folded flat you should be able to see the little tunnel design.

READ  How Honey is Made: 9 Impressive Steps Honeybees Make Honey

Also, if you use solid bottom boards, then you’ll want to place them there too as these are all locations that hive beetles will most likely be. Don’t forget to place the signage at the back of the hive too.

Finally, once all of the signage is in place, the bees will work diligently to trap the hive beetles in these locations. Once the hive beetles are stuck, they’ll have no choice but to eat the poison.

Obviously, this will not only deter them from laying in more eggs but it will also kill them causing the hive beetle population to decrease within that hive. 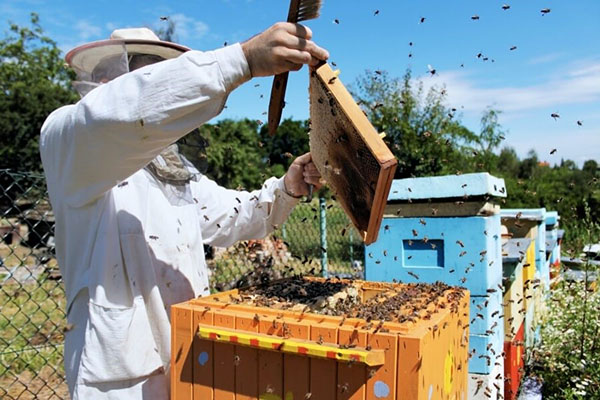 This final suggestion is one that seems a little controversial. These are all just suggestions so please use discernment as to what you feel comfortable trying with your own hives.

We have discussed in previous posts things that can harm bees. Obviously, bug sprays can be potentially harmful to bees.

However, if you use them after the bees have gone to bed for the night, it’ll reduce the chance of the bees getting impacted. The idea is to spray the ground under the hive after dark when the bees are in for the night.

Then any larvae that has fallen to the ground will not have the chance to pupate. While at the same time, the bug spray has time to dry before the morning when the bees are back out so it won’t harm them either.

Again, some people feel this is too great of a risk. There are many different ways to keep bees so you do what feels right for you and your hives.

I hope you now have an idea how to combat hive beetles in your own beehives. If you are not yet a beekeeper, maybe this information will prove useful during your research.

Understand that hive beetles are just a part of beekeeping. No hive will ever be totally without hive beetles, but you can do your best to keep their numbers to a minimum so your hive can function better and gain strength. The stronger the hive, the more honey and the better experience you will get as a beekeeper.

But now I want to know what you do to combat hive beetles in your hives? Do you have a trick that isn’t mentioned here?

How to Trim a Goat’s Hooves in 5 Simple Steps to Prevent Infection
Bottle Feeding Goats: 10 Important Points You Need to Consider

Rooting and growing of rootstocks for fruit and berry crops 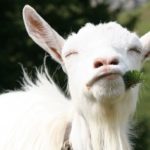 Can Retirement Saving Increase Your Debt?