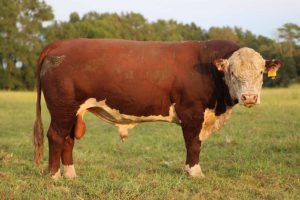 The Hereford cattle are a meat cattle breed originally from Herefordshire, England, United Kingdom. It is mainly a meat cattle breed and widely used for meat production in many different countries. Exact origin of the Hereford has been lost over time. But it is generally agreed that the breed was founded on the draught ox descended from the small red cattle of Roman Briton and from a large Welsh breed once numerous along the border of England and Wales. The breed has taken it’s name from the county Herefordshire. Herefordshire is a historic agricultural region of England where these animals have developed. Cattle of this area were similar to other cattle breeds of southern England until the 18th century.

Cattle in this area were wholly red with a white switch, similar to the modern North Devon and Sussex breeds. Other cattle breeds were used (mainly Shorthorns) to create a new type of beef and draught cattle during the 18th and early 19th centuries. Those new cattle were first varied in color in different herds ranging from yellow to grey and light brown, and with varying amounts of white. The white face characteristics of the modern breed was well established by the end of the 18th century, and modern color of the Hereford cattle was established during the 19th century. The first imports of the Herefords cattle to the United States were around 1817, and large importation began in the 1840s. Today the breed is available in many countries throughout the world. Currently there are more than five million pedigree Hereford cattle exist in more than 50 countries. Read more information about the breed below. 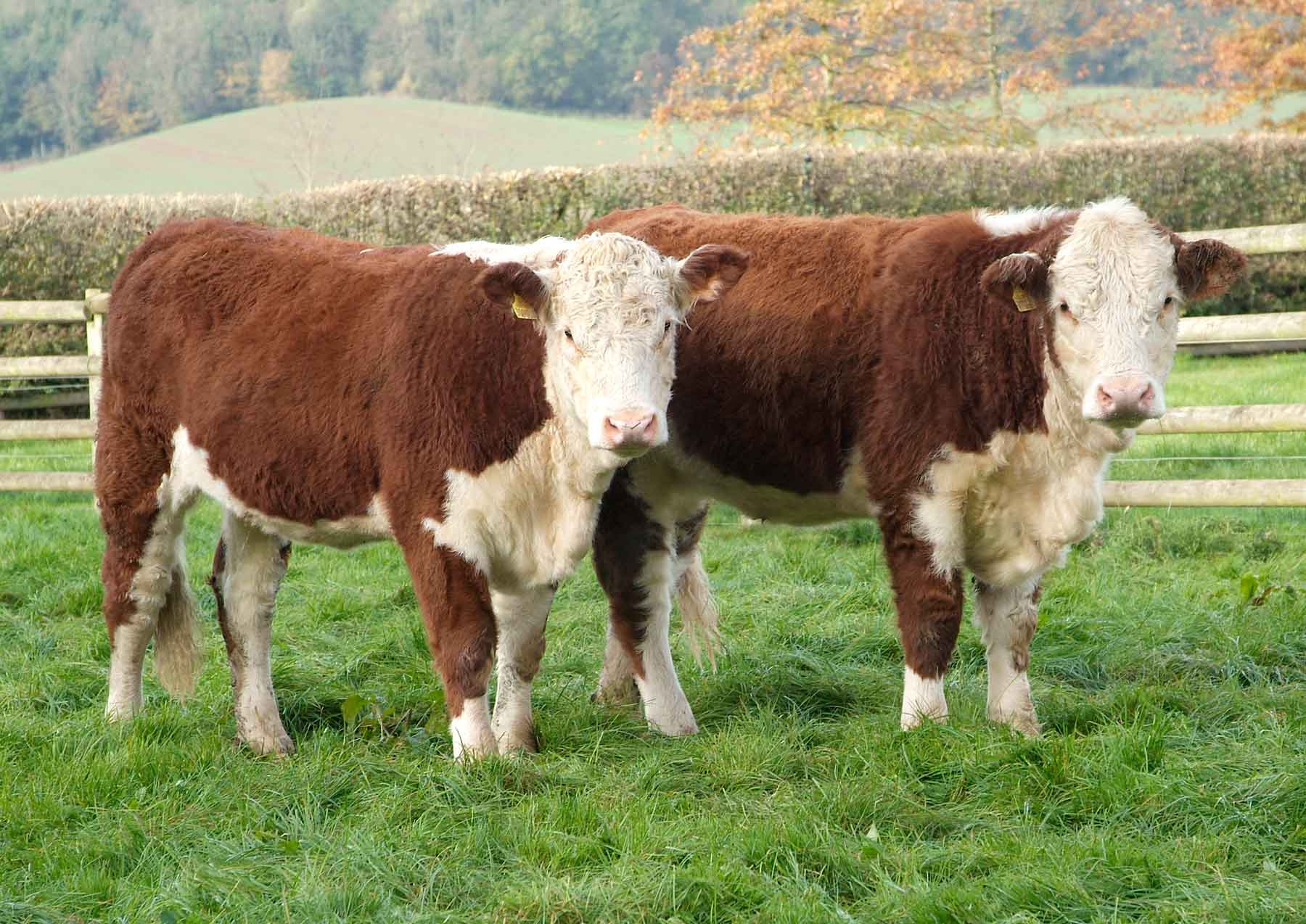 The modern Hereford cattle are medium to large animals. The are usually dark red to red-yellow in color with a white face. Their crest, underline and dewlap are also white. They have white flanks and white markings below the knees and hocks also. There are both horned and polled version of this breed available. The horned version has short and thick horns. Their horns are usually curved down at the sides of the head. The polled version is available in the North America and United Kingdom which are called Polled Hereford. The Hereford cattle are muscular, medium to long in length of side. They are adequate in length of leg, large in size, trim and smooth. Average live body weight of the mature cows is around 800 kg. And the bulls on average weight around 1200 kg.

Hereford cattle are primarily a meat cattle breed. They are mainly used for meat production. But they are also pretty good for milk production and produce enough milk for their calves.

The Hereford cattle are muscular, very strong and hardy animals. They are well known for their vigor and longevity. Many cows live and produce calves beyond the age of 15 years. They are excellent foragers and known for their foraging abilities. The bulls are capable of remaining profitable at stud to the age of 12 years or more. Hereford cattle are well adapted to almost all climates. They can even do well in the arctic snows of Finland, and the heat of Northern Transvaal. They can perform well in the tough climate and rough grazing conditions. They are usually docile in temperament and grow relatively faster. They are mainly raised as a meat cattle breed and can produce very good quality meat. Review full breed profile of the Hereford cattle in the following chart. 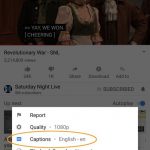 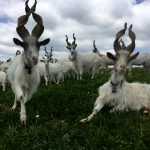 How to grow cabbage