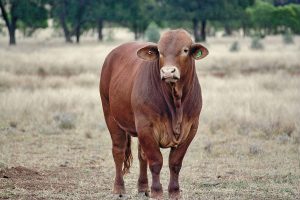 The Droughtmaster cattle are a tropical breed of beef cattle raised primarily for meat production. It was developed by several cattleman in North Queensland, Australia. It was actually developed from crossing Brahman and British cattle breeds (especially the Beef Shorthorn) during the early 1900s. It is a very suitable breed in the Australian Tropics which has good tick resistance. And the breed is able to utilize the environment and the pastures in the most efficient manner to gain higher weight and good fertility.

Currently the Droughtmaster cattle are available throughout the mainland states, with the largest numbers are available between Cape York and the New South Wales border. The breed has also exported to South-East Asia and as well as to Pakistan, Nigeria and a number of South Pacific islands. Read more information about the breed below. 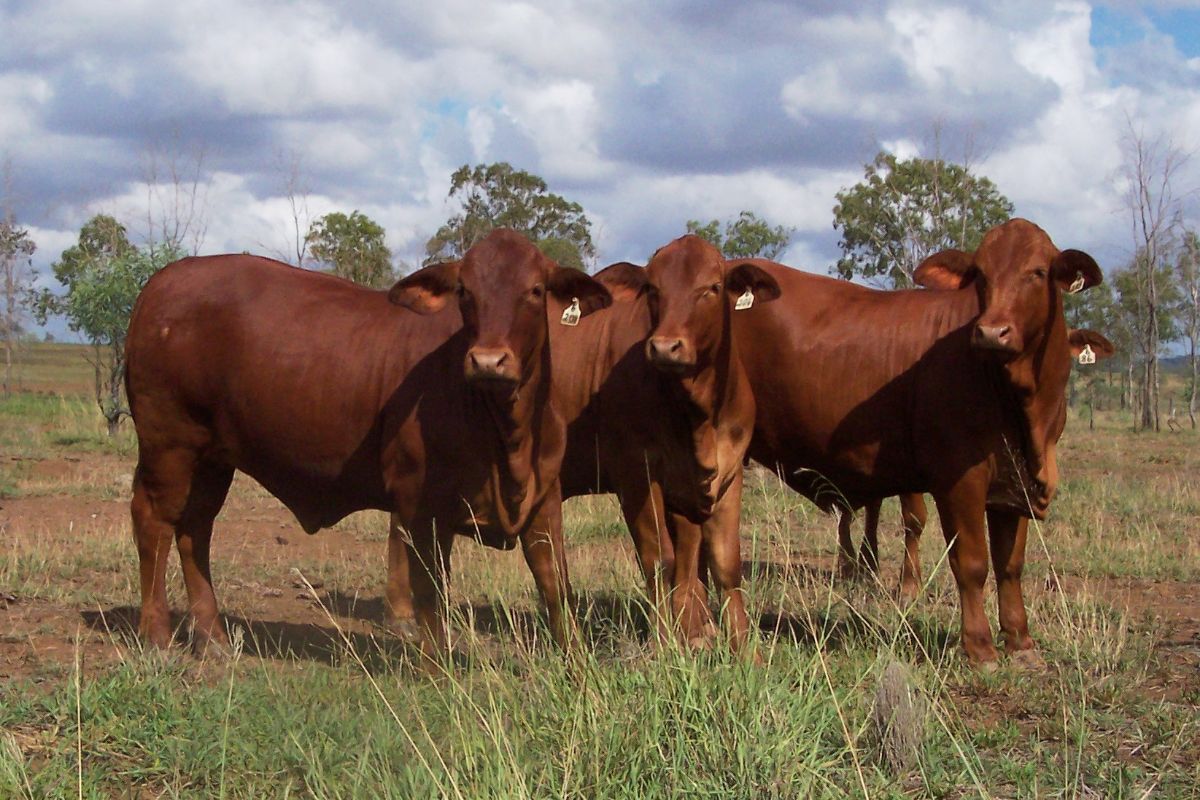 Droughtmaster cattle are medium to large animals and are usually red in color, with variations from a honey color to dark red. Their body length is good and have a sleek coat. They can be either horned or polled, but the vast majority of the animals are polled. Their ears are medium to large in size. The animals have a moderate hump and an extended dewlap. They have red pigmentation which helps them to protect them from cancer eye, sunburnt udders and photosensitisation.

Droughtmaster cattle are a beef cattle breed. They are primarily raised for meat production.

The Droughtmaster cattle are noted for good fertility, ease of calving and very good mothering ability under harsh conditions. They are relatively quiet in temperament. They are excellent foragers and have high resistance to bloat and tick. They have very good heat tolerance ability, and are well adapted to the local and harsh environment. The breed is very good for meat production with high dressing percentage and good quality meat. They are neither fast growers nor slow, and are medium growers. They have shown good average daily weight gains in pasture and feedlot trials when compared to other cattle breeds. Large commercial 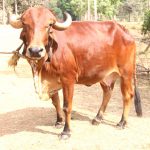 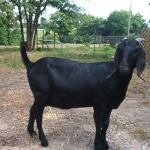 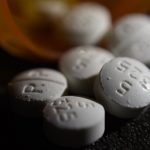