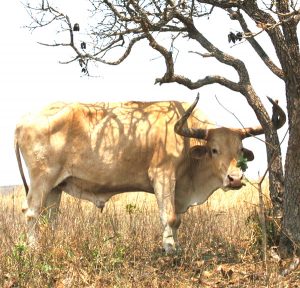 The Caracu cattle are a dual purpose breed of cattle which are raised for both milk and meat production. It is a Brazilian breed of cattle which are known for it’s hardiness, adaptability and excellent maternal ability. It is a tropical European breed created in Brazil and it’s origin is of the race Minhota. Main use of the Caracu cattle is as a cross to beef cattle. It was developed from the Iberian peninsula and possibly with some influence from African cattle from the Moorish occupation of the area.

In 1534, the first entry of such animals occurred in São Vicente-SP. Those animals faced all kinds of difficulties in feeding and parasites in São Vicente-SP for several centuries. And this natural pressure evolved into the Criollo such as the Yellow Caracu. Currently main use of the Caracu cattle is as a cross to beef cattle for producing quality meat. Today the breed accounts for less than 5 percent of Brazilian beef cattle. The Nelore cattle breed is the most common and is by far the predominant breed in Brazil. Read more information about this cattle breed bellow.

Caracu cattle are medium to large animals with a short coat. And color of the coat range from light tan to beige with no white hair. They have small ears and both bulls and cows usually have small horns. They have very strong legs and hooves. The mature bulls on average weight around 1,000-1200 kg. And average live body weight of the mature cows vary from 550 to 650 kg.

Caracu cattle are dual purpose animals. They are raised for both milk and meat production. They are also good as a draught animal.

The Caracu cattle are very hardy animals. And they are well known for their hardiness, high adaptability and excellent maternal ability. They have very good disease and parasite resistance power. The cows are very fertile and they calve relatively easily. They can do well in heat and also can adapt themselves easily to almost all climates. They have good ability to digest coarse fibers. The Caracu cows are pretty good milkers. The cows on average can produce about 2,100 kg of milk per lactation. Currently the breed is used for crosses, mainly on zebu cows in the areas of extensive production. They are specialized breed in beef production and noted for their quality meat production. However, review full breed profile of the Caracu cattle in the following chart. 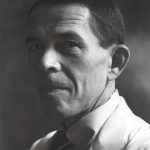 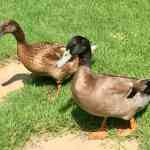 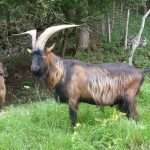